BHC Renews Study to Restore a Section of the Historic Blackstone Canal in Uxbridge and Northbridge, MA 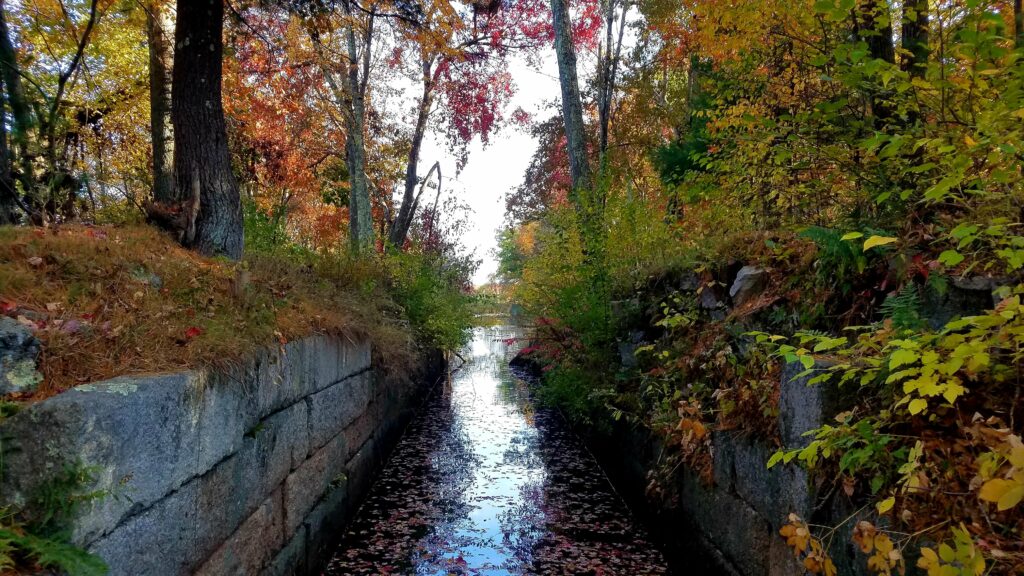 Whitinsville, MA (May 12, 2021) – Blackstone River Valley National Heritage Corridor (BHC) celebrates National Preservation Month by moving forward on an engineering feasibility study to restore one of the original sections of the historic Blackstone Canal in Uxbridge and Northbridge, MA.

“Thanks to a generous grant of $10,000 from UniBank, the BHC Board of Directors voted to contract with VHB Engineering to update a feasibility study to restore a 3.5-mile section of the Blackstone Canal situated in the Blackstone River & Canal Heritage State Park,” Richard Moore, BHC’s Board Chair announced. “The Board also approved contributing $12,200 from its Development funds to secure the study.”

According to Moore, with increased federal and state interest in infrastructure and development of the Blackstone River Valley National Historical Park, BHC’s Board of Directors wants to update the construction cost estimates and renew efforts to reconstruct the canal to add to the visitor experience of visiting River Bend Farm and the National Heritage Corridor.

“The work is expected to take about nine weeks once it gets underway,” Moore added, noting that once current cost estimates in hand, BHC intends to push for construction to begin as soon as funding is available.”

“UniBank has been serving the financial needs of the Blackstone Valley and Central Massachusetts for over 150 years, and we are deeply invested in the livelihood of these communities,” stated UniBank President Christopher D. Foley. “For a time, the Blackstone River and Canal were vital to the economy in the area. We’re honored to do our part to support the restoration of the Blackstone Canal and looking forward to the opportunities this project opens for the region.”

According to Moore, the restored canal section would allow walking on the towpath or canoeing in the canal from River Bend Farm to Plummer’s Landing for the recreational enjoyment of Valley residents and visitors alike.

“Having been involved in this project for years, I want to express appreciation to the Corridor Board and the leadership of UniBank, especially its president Christopher Foley, for their vision in supporting this important historic restoration project. When the canal repairs are ultimately completed, it will offer some exciting new recreational opportunities.”