Join the Museum of Work & Culture for a screening of the Quebecois documentary Grand Cru, chronicling the lifework of Pascal Marchand, an aspiring poet from Montreal, arrived in the mythical land of Burgundy, France to work the harvest at age 21. Enchanted by the region, he settled there and embarked on an unlikely path to winemaking stardom. Now over 30 years later, he is renowned as an artist and innovator, finding his inspiration in the ancient techniques of the Cistercian monks who meticulously studied and refined Burgundy’s winemaking in the middle ages. Shot over his most difficult year ever, the catastrophic 2016 season which saw devastating frosts, hailstorms and disease in the vineyards, the film is both a love letter and a cautionary tale, as winemakers like Pascal must face the unpredictable and destructive consequences of climate change. In addition to the screening, the event will be preceded by a cheese tasting led by Edgewood Cheese Shop. Tickets are $30 and include a refreshment pickup of a selection of 5 cheeses from Edgewood Cheese Shop for two and a half bottle (375 ml) of Louis Jadot Beaujolais Villages  from the Burgundy region of France. Tickets are limited to 36 connections and early registration is strongly encouraged. Purchase at shopmowc.com. 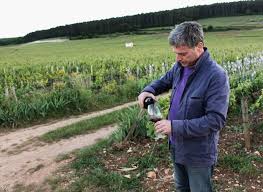