In recognition of Veterans Day 2022, the Douglas Historical Society will offer “Donut Dollies: Unsung Women of Service” on Thursday, November 10, 200, at the E.N. Jenckes Store Museum located at 283 Main Street in Douglas. The program will begin at 7 p.m. and is free and open to the public.

The Donut Dollies were American Red Cross women who provided mobile service clubs to soldiers during WWII and special services and entertainment to soldiers in Vietnam. These women were unsung heroines of the engagements. The Red Cross was started by Clara Barton in nearby Oxford.

The Donut Dollies were the subject of a Washington Post story last year when a service member tried to identify the women in his photographs because he wanted to say “Thank you.”

The evening will include a showing of the documentary “A Touch of Home” on the Donut Dollies and will be followed by a discussion with a Donut Dolly who is featured in the film. Coffee and donuts will be served. Local Veterans are urged to attend and to share their stories as well. 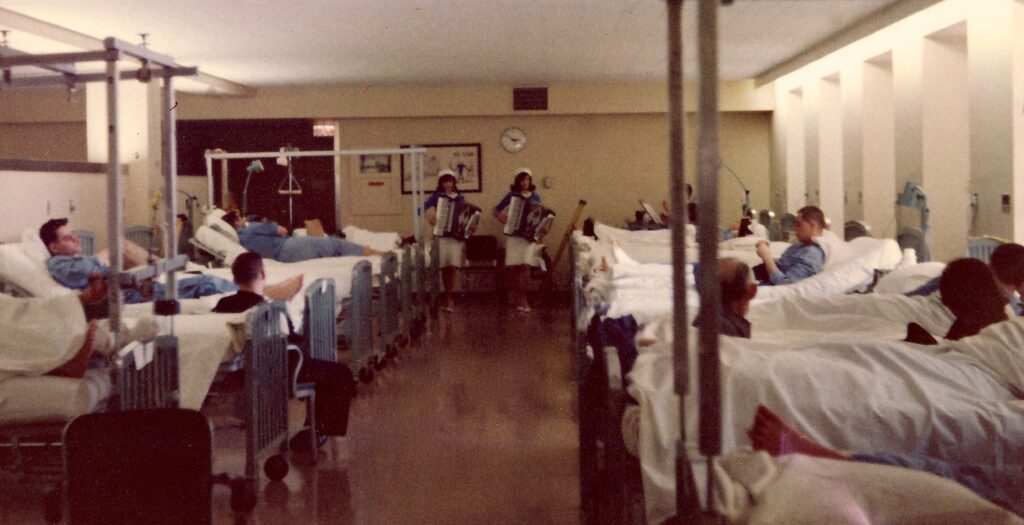